Many years ago, I remember attending a workshop by Dr. Elaine Aron, in which she mentioned that HSP's who grow up in an environment with primarily positive reinforcement often can grow up to be stronger than their non-HSP peers, while HSP's who grew up in a negative environment often grow up to be more psychologically and emotionally damaged than their non-HSP peers. 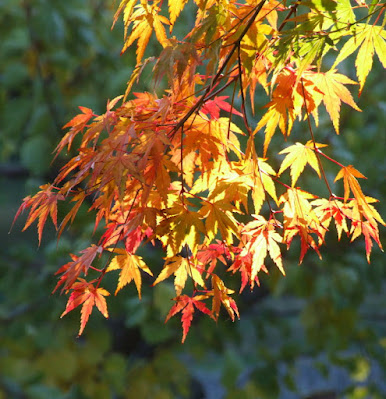 When we poke around in the negative side of the equation, one of the troubling tendencies we sometimes assume is that of taking our environmental feedback to heart too much. Let's say we try something new and subsequently get negative feedback from the world around us, from which we draw the false conclusion that on account of this feedback we're "no good at life."

The key point here is that we think we're no good at ALL of life, not just the one thing we just tried. And that can become quite problematic.

At the risk of sounding like I'm saying you're just being "too sensitive," this is in fact a bit of an overreaction. What I mean to say is rather than reacting, it is important that we develop some self awareness in which we recognize that what we are being judged for is not ourselves but the fact that we're a little different from our surroundings. As one of my friends was fond of saying when I lived down in Texas many years ago: "he ain't wrong, he's just different!"

If we look only at immediate factual input — for example that somebody gave us a negative response — it might be a reasonable conclusion. But we forget to look at the greater question of context for exactly what it is that we're no good at. Then the follow-up question might become whether or not the life we're being told that we're "no good at" is even the life we want to live or is it the life that suits someone else better?

So the deeper question for examination becomes this: do we even want a life that doesn't suit us, simply in service of fitting in and pleasing others, or would we rather have a life we actually want?

Scenarios like this are one of the reasons why HSP is really benefit from some rigorous self-study and self-inquiry.

Indeed, when we suffered through abusive and/or non-supportive upbringings, it may have been a very valid "survival strategy" to always please others and adapt to what they thought we should be and do. But chances are that we are adults now, and living under completely different circumstances... and those old "programs" are no longer valid!