Perceptions and Reality: Childhood, Part One

How did the world perceive you as a child? What do you remember of the feedback you got from the world around you, when you were young-- family, friends, schoolmates? And how did that feedback match up with-- or clash with-- your perception of yourself?

As HSPs, one of the things we tend to do is absorb the feedback from around us and then internalize it in the most negative light possible. Moreover, because we are emotionally sensitive we will get our feelings hurt over comments that were not hurtful, and may even have been positive and constructive feedback. And after years of brooding and stewing on something, we can easily slip into a "victim role" over things/words we once upon a time internalized as negative, when in fact they were merely neutral.

As part of the ongoing examination of Who We Are, I'm going to go through a few exercises and explorations in going backwards to the source of our past and present self-perception. I encourage you to do your own "look back."

Now, in examining the roots of what makes you uniquely YOU and how you felt during early life, I encourage you to avoid taking the "Oh, I felt SO misunderstood, boo-hoo-hoo" path here... let's face it, every child/teenager-- from the mondo geek to the cheerleader-- feels misunderstood and out of step with the world. Feeling "misunderstood" is an annoying and nebulous term, at best... right up there with "being nice." What does it actually mean? 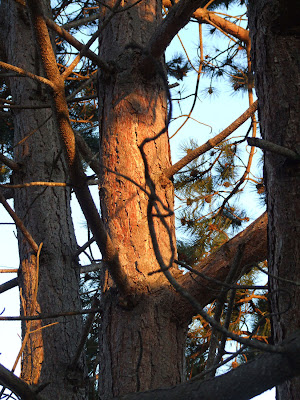 For a moment, I will just list a few single words that seemed to characterize what the outside world saw in me and commented on, when I was a kid. These might be words hear in conversation, or from friends, or even in "accusations" during moments of frustration:

Perhaps some of these words resonate with you-- they are fairly common among HSPs. Make a list of your own-- don't try to analyze deeper meaning and intent, just jot down the words. I have avoided "sensitive," because it's rather obvious and goes without saying.

Are these words "bad?" Moreover, are they true?

What we have here is merely a list of words that are reflections of what other people saw in me-- objective, or otherwise.

It can be a useful-- and often revealing-- exercise to consider (without assigning "judgment" or "negative meanings") how people got these perceptions... so make your own list, and walk through it. The point here, is to take these words we perhaps carry around as "negative" (which can turn us into victims) and instead look at them objectively and "own" them. Again, try to avoid words and phrases that mostly reflect self-pity and feeling victimized.

Let me start at the top. "Shy." Was I shy? I was certainly hesitant around people and especially around strangers... I could often "feel" their energy, and it mostly felt very rough and invasive.

But let's dig a little deeper. What is shyness? Shyness is-- for the most part-- learned through conditioning and experience, and involves a certain degree of anxiety about the prospect of interacting with people, especially strangers. But I wasn't exactly shy. I actually kind of liked people, when I was little. Apparent Shyness is a term that refers to-- obviously-- people who "appear" shy. It is often used to describe introverts, because they don't tend to be very social. Introverts (like myself) are not by definition "shy." Introverts are merely people who derive most of their inner energy recharge from solitude and introspection...(hence "intro," meaning turning inwards) while extraverts are people who gain most of their energy from interaction with other people and from socializing. Both of these are core temperament traits, and neither "good" or "bad," nor "right" or "wrong."

As a child, how did I experience what others perceived as-- and labeled-- shyness? Recent research on introverts and extraverts suggests that either preference is derived from how our brain's "reward system" responds to situations. As a child, I was aware that being around other people-- especially in larger groups-- left me feeling exhausted. Being in a group activity of some kind simply didn't "feel good," the way it would "feel good" for an extraverted person... whose brain reward system would-- in fact-- be stimulated by the interaction.

Of course, having this information doesn't excuse me from social interaction... it merely "describes" why it holds less attraction for me than for other people... and helps me understand that I do not have some kind of "phobia" holding me back. It also helps me accept that the people who called me "too shy" (and perhaps hurt my feelings or made me feel "less than") were perhaps merely ignorant about the meaning of shy, or failed to understand that a person could be emotionally healthy without being like them.

As I go down my list of words, I realize that few-- if any-- of them are actually negative, by themselves. It is only my own interpretation that at one time made them negative.

Perceptions, Reality and Who We REALLY Are

On my "travels" through the HSP community, I have run into various misconceptions about what it means to be a Highly Sensitive Person. For example, a particularly common misconception is that HSPs are (by definition) "nice" people. In fact, I'd submit that many HSPs are actually attached to the idea that they are "nice," like being sensitive somehow makes them members of a clan of Nice People.

This idea is actually not true, at all. HSPs can be just as unpleasant and ornery as any other people out there. When I point this out, many get rather angry with me.

"You've GOT to be kidding! I'm offended!"

No, I'm not kidding. 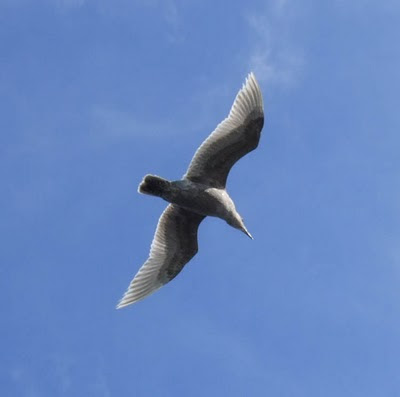 I don't like the term "nice," at the best of times... after all, just who gets to decide what constitutes "nice" and "not-nice?"

When I thought about this issue, I realize that it's really just a small part of a greater issue HSPs often face: namely that there's often a huge gap between how we perceive ourselves, and how others perceive us. And I am talking about perceptions that extend far beyond the common complaint... that the world perceives HSPs as "too sensitive."

I'm talking about the overall issue of who we really are... and how we present ourselves to the world.

On the surface, that may look like a pretty straightforward exercise... but I can assure you it's not. Do you know who you are? I mean... who you really are? Do you (objectively) know how others perceive you? Do you know how people perceived you, as a child? Does who you feel you really are match the way you present yourself in the world? How is that working for you... or not? What kinds of toxic behaviors are you hanging on to-- even if subconsciously-- because you believe they somehow serve you... even if they keep you from living an authentic life?

In the coming weeks (or months) I am planning to explore these issues. One of the things I really like about blogging (aside from writing) is that a blog is an interactive forum... a place where issues can be presented and discussed. With that in mind, I'm hoping to make this a somewhat "interactive" series of explorations...
Posted by Peter M at Saturday, December 04, 2010 2 comments: