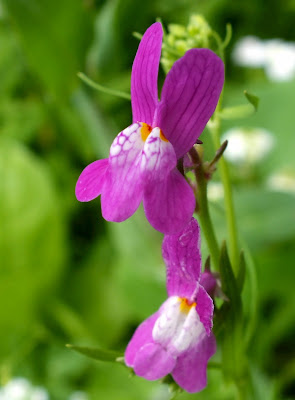 The inner conundrum — which is one I continue to puzzle over today, almost 50 years later — always was centered around the same core question:

"Why — for so many people — do anger, violence and DE-struction seem preferable over love, friendship and CON-struction?"

Now, I know a million psychological and "consciousness" platitudes that seem to let violence, anger and destructiveness off the hook by serving up a hot steaming dish of rationalizations for those who are "in pain" and "suffering" and so forth and so on.

Maybe there are some nuggets of truth in there, but these mostly feel like platitudes; clever sayings that allow some to sound "wise and superior" without actually addressing this troubling side of the human condition, head on. Meanwhile, we are actually enabling bad behavior by teaching that such action really does not have consequences. So why better yourself, if staying the same — however negative — always earns you a "hall pass?"
Some argue that we simply "can't help it" because it's human nature to behave in such fashions. But that suggests people aren't capable of making conscious choices about their behavior.

I bring these ideas into question because I have suffered and been in pain plenty, thank you... yet my response to these states (even in my highly UN-enlightened days) was definitely NOT "anger, violence and destruction." Don't get me wrong... I'm not arguing that we have a choice in experiencing these things, just that we have a choice in what we do with those experiences.
We have a choice to become personally accountable for our actions, rather than sliding into the "I can't help it, because _____" line of thinking.
But living consciously is also a lot of work, and some of it can be rather emotionally disturbing, as we uncover that we are perhaps not really the "nice people" we've built our self-image around.
It all starts with self-awareness, and a sincere desire to change for the better...