Personally Speaking: HSPs, Being Seen and the Big Time

Although HSPs are often known for being "quietly in the background," we do sometimes hit "The Big Time." And sometimes... you MUST do something, in order to make a DIFFERENCE in the world. In this post-- which is a little different from the usual "HSP Notes" fare-- I am going to call on you to DO something, and to help become a part of changing our world! 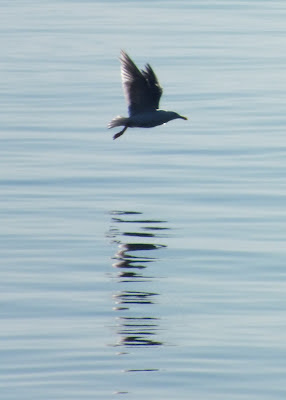 15 years ago, the concept of being "an HSP" was new. For years, few people knew what "an HSP" was, and few took the idea seriously. But slowly... a broader societal awareness of highly sensitive people has spread. This has not come easily. Why? As a group, we HSPs aren't big on "being seen," for any number of reasons... from bad experiences in the past, to simply not liking it when someone "looks at us."

Of course, this can set up a bit of a paradox... because how can we hope to have the trait of being Highly Sensitive become a household concept when we're not willing to (or afraid to) stand up and toot our own horns and talk about our "cause?"

In writing the orginial "Highly Sensitive Person" book (and subsequently several other books) Dr. Elaine Aron became the first HSP to "stand up and be seen" on a large scale.

Over the past couple of decades, I have met many HSPs who express how grateful they are to Elaine Aron for her books and her work... and immediately follow it up with words like "... but I could NEVER do something like that!"

The good news for the rest of us is that there are HSPs who go out and face The Big Time.

Most recently, Susan Cain-- an introverted HSP-- authored the book "Quiet: The Power of Introverts in a World That Can't Stop Talking." Although the book is not directly about HSPs, Susan is very much an HSP herself... and with a book that has been among the top 100 most sold books in the US for several months now, she is standing up and "being seen;" doing book tours, TED talks, TV appearances, interviews and more. We are all being helped because she is "showing up for life" as an empowered HSP with a global mission...

This is where I am going to get much "closer to home," and where I'm going to ask YOU-- as a reader of these pages-- to "show up for life" and DO something! But don't worry... you won't have to appear on TV. In fact, you won't even have to leave your chair.

As some of you know, I am not just an HSP myself, I am married to a fellow HSP... who also happens to be a Spiritual Intuitive, Empath and Life Coach for HSPs. She's also co-founder of non-profit healing organization (founded in 2001) called the White Light Express-- I have briefly written about it here, before. Whereas the White Light Express is not specifically about HSPs, its healing work focus and mission is of a nature that appeals to many HSPs, so it draws very heavily from the global HSP Community.

Tomorrow (Wednesday, August 8th) night, the "Big Time" begins, for our little organization... when Sarah (my wife) be on live national radio, on "Coast to Coast with George Noory" (Yes, it's the same show that used to be "Coast to Coast with Art Bell" before Art Bell retired). At 10pm Pacific/1am Eastern (US), my lovely HSP wife moves from the relatively low profile of small podcasts, a web site and occasional notices in the local paper, to spend an hour talking to George Noory about healing and her White Light Express organization, while reaching out to a live radio audience of five million people across the USA and beyond. 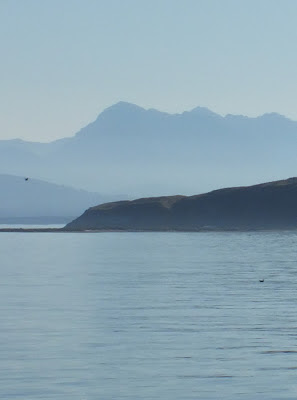 Whereas the radio segment is not specifically "about" HSPs, it becomes another example of an HSP "showing up for life" on a big scale that can potentially touch and change the lives of thousands and thousands of people. And because one person stand up and is "seen," we all benefit.

So, what am I going to ask you to DO?

But more importantly... we'd both like to invite you to become involved with the White Light Express, and the healing journeys it promotes. Don't just "watch," be PART of something! And no worries, it doesn't cost anything.

So-- for starters-- go visit the web site and see what the White Light Express is about, and stands for.

Subscribe to White Light Express updates. Believe me, it IS a secure list... I should know; I am co-keeper of the list, and your contact info is not going ANYwhere. Period. Don't mind the somewhat "neutral" looking signup form... we JUST got it installed and haven't had time to customize it yet.

But MOST of all-- join our healing community! Signup is quick, secure and easy. How do I know it's safe and secure? Because it's on the same network system where I have hosted my own Pacific Northwest HSP Network for over four years... several hundred HSPs already trust it; this is just a different group. How do I know it's appropriate for HSPs? Because the founder is one, and many of our participant-members are, as well.