We are a "Family Business" around here.

My wife Sarah — who's also an HSP — and I are blessed to be able to primarily run our work lives from our home. After many years of planning, scheming and deliberately restructuring how we live, we made a joint escape from what we think of as "the artificially constructed world;" that world in which people work eternally at doing meaningless things they don't really like for evil overlords who rape and destroy the planet... all for the sake of making enough dollars to barely get by, on a daily basis. 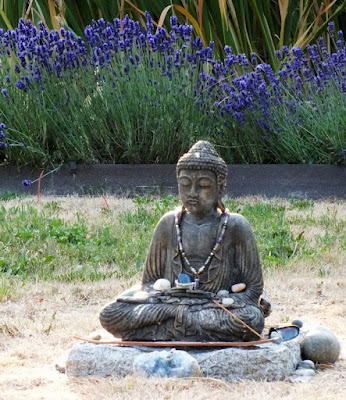 Going your own way in a world that's all about "conform or perish" can be very challenging... and those of us who are "out here" rather than "stuck on the treadmill of societal expectations" need all the help we can get in order for our dream of independence-- and meaningful independence, at that-- to remain true and possible. Hence I beg your understanding as I engage in a few moments of blatant nepotism here, giving a little space to the better half of our resident HSP family equation!

As mentioned elsewhere, Sarah is also an HSP and her patchwork of callings is as diverse as mine. She is the former host of the sometimes irreverent (but always entertaining!) Radio Nahmaste show, a bi-weekly web radio broadcast featuring a wide variety of interesting guests from many walks of life... generally under the broader heading of building, elevating and promoting human consciousness and mindfulness. Her message to the world-- and how we can make it a better place is quite simple: Don't be shitty! Some episodes can also be found on the OM Times Radio Network.

Yes, Nahmaste is spelled a little differently from the way we typically see it... but the version with the "h" is actually closer to the original Sanskrit than the common usage.

Anyway, the guests on Sarah's show have been very diverse, ranging from George Noory (host of nationally syndicated Coast to Coast AM Radio-- and Art Bell's successor) to Jeff Rickard from ESPN Sports and many in between, from unknowns to celebrities. As an aside, I was also personally involved in the broadcast as studio assistant, working as my alter-ego "Zen Master Ted."

These days, Sarah carries on the tradition of spirituality and the otherworldly through Radio Nahmaste's successor: Supernatural Passport.

Supernatural Passport is a weekly Podcast and blog hosted as a subscription on Patreon; and I'll say "well worth it!" with a starting subscriber package for just one dollar a month! 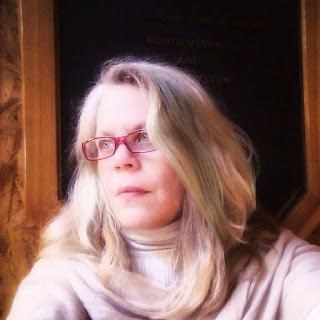 When she's not on the radio, Sarah works as a psychic intuitive spiritual life coach who — in part because she IS an HSP, herself — specializes in helping other HSPs. She didn't specifically set out to be a Life Coach for HSPs; it just turned out that way when she set up private practice after a stint on a major Psychic Network where she became one of the world's highest rated psychics.

Combining her psychic gifts with 25+ years of experience is a Jungian analyst, extensive experience as a consultant to both regional and federal law enforcement and additional certifications as a Life Coach gives her a basket of unique talents (and insights!) that simply aren't available through conventional psychotherapy.

As holds true for many HSPs, a strong sense of idealism and the desire to make our world a better place also runs high in this household.

Sarah's strongest calling is undoubtedly her dedication to the White Light Express, a worldwide non-denominational healing organization she founded in 2001. Now in its 18th year, the White Light Express is centered around the power of "positive focused intention," and how we can use it for healing purposes. In many ways, the organization's structure is very "HSP appropriate" in that is is spiritual without being religious, and is an ideal way for "solitary spiritualists" to be part of something greater without having to socialize and step outside their comfort zones. Check it out!