HSPs and Taking Things too Personally

As HSPs it seems we can have a tendency to take things “too personally” sometimes-- that is, we "internalize" things that are not at all "about us." I know this has often often true for me, in various parts of my life.

Some HSPs get a bit defensive about this, stating that they are NOT taking things “too personally,” and that being sensitive is simply… well… part of being sensitive. Whereas I can agree to some extent, there’s a fine line between merely being sensitive, and then taking things “too personally” and “irrationally internalizing” them in ways that are out of proportion. Part of making peace with the trait is being mindful and awake, when we face challenging moments with other people.

Yes, I know. Some of you are going point out that we've been marginalized and picked on for being "too sensitive" all our lives... and now that we have a scientific explanation, we're allowed to empower ourselves by feeling our feelings freely... and "are you not now telling us we're the exact thing we're trying to get away from? Are you not calling us 'too sensitive,' all over again?" 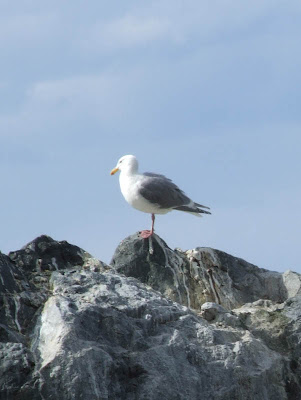 But it requires a little explanation.

For example, where I most often find myself slipping into "taking it too personally" is when I am faced with someone assuring me they are "not an expert," and then they ask me about something that's one of my areas of some knowledge (or expertise, even). Then, as soon as I start sharing something about my opinion about that topic, they immediately start listing all the reasons why I really "don't know what I'm talking about." And typically I know for a fact that they are wrong. Usually, this kind of person is trying to "guide a response" that fits their reality (for example, they want me to tell them that NOTHING can be done to help them with some problem) rather than actually asking for help and facing that they do have a solvable problem. However, I find it really hard to handle the underlying implication that I'm an idiot, without taking it personally.

In most cases, I find it helpful to merely stop-- and ask myself whether I am "reacting to" or "responding to" the situation. Even if the pause is very brief, I usually find myself switching from "reactive" to "responsive" mode. And I realize that the person really doesn't have anything against me, personally... that feeling is a "creation" of my own making.

But let me offer a different-- and purely fictional-- example, although this is based on a number of real life incidents I recall:

Let's say you're at work. Something happens. Maybe you overhear a co-worker making some aside about you to a third party. And all of a sudden you start “talking to yourself” about it, in your mind. Within half an hour, you’ve managed to construct an anxiety-ridden scenario about how this person is scheming to get you fired.

Or maybe you were helping a friend with something that was weighing heavily upon them, and they just didn’t seem very appreciative. In fact, they were a bit “short” with you, a couple of times. After a couple of hours of thinking about it at home, you conclude that they hate you and want to break off the friendship.

HSPs—probably as a “side effect” of the part of the trait that’s associated with “processing deeply”—seem to have an uncanny (and often unhealthy, for us) “talent” for looking at little “incidents” and projecting the worst possible interpretation onto them. I know I have caught myself doing this, on many occasions. Last year, I had a “disaster scenario” revolved around a doctor’s visit I’d been putting off, and I had projected all manners of horrible hidden ailments onto the situation…. Even though nothing was wrong.

Truth is, in the previous scenarios, the first person may merely have been remarking to a co-worker that you “didn’t quite seem yourself, today.” In the second case, you friend may have been preoccupied because her mother has cancer, and her mind was elsewhere.


Talk Back: Do you struggle with "taking it personally?" WHEN in particular is this true for you? What tends to trigger it? How do you respond, in the moment? Do you have any tricks that help you NOT to take things so personally? What do you wish you'd do differently? What sort of information/tips/training would really help you? Have you caught yourself “jumping to conclusions” about hidden messages in other people's actions? And later finding out that it was all a big ado about nothing? Or does it not apply to you? Have you ever been repeatedly stuck in this pattern? If you were, and moved past it, what was helpful to you?
Posted by Peter M at Friday, March 12, 2010