Being a Highly Sensitive Person and the "It was MY Fault!" Trap

In our hallway, we have a couple of whiteboards that serve as the "Information and Nerve Center" of the household.

Aside from calendars and upcoming events, we also use the space for mind mapping and developing creative ventures. Inevitably, as few quotes and sayings get written up there, as well-- ranging from "this would be a great band name!" to "revised" (or "improved," as we like to think) versions principles outlined in the 1000's of self-development books we own. 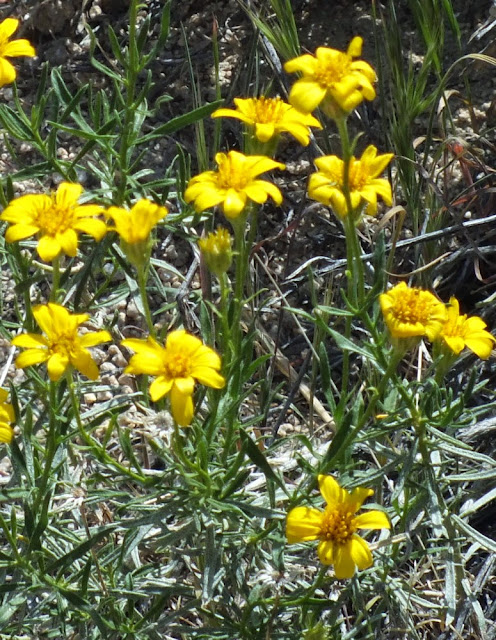 This being an HSP/HSP household, clear communication between Sarah and myself is of the essence. Along the way, we have adopted various "tools" to help us, including the principles from Gary Chapman's "The Five Love Languages

" At some point-- partly as a joke-- we made up a sixth "Love Language" which we've named "Statements of Unfault."

... but it has its roots in a reality that plagues many Highly Sensitive Persons: A tendency to "assume responsibility" for events and outcomes that aren't actually ours to "own," especially when they are somewhat negative in nature.

How often have you found yourself saying "I'm sorry!" in situations where whatever you are proclaiming to be "sorry" about had absolutely nothing to do with you? How often have you-- in work, or family, or social situations-- been tempted to "assume responsibility" for something that didn't go as expected? Maybe it was an outdoor party, and you found yourself "taking ownership" of the fact that there were inadequate preparations in case of rain. Maybe you were even apologizing for the rain, as if YOU made it happen.

Now, I'll be the first to admit that part of what we deal with in these situations is an HSPs natural tendency towards being empathic, helpful and wanting people to feel good and be happy. It seems to be part and parcel of this gig to want to make things right for others. Nothing wrong with that!

But there's a big difference between merely "caring," and actually taking responsibility for screw-ups that weren't our doing.

Caring is great... but "assuming fault" can be damaging not only to our self-esteem, but if it's a pervasive pattern, it can even lead to depression and health problems because we deliberately take on "feeling bad about ourselves." Let's face it-- nobody likes feeling guilty and like they failed, right?

I certainly don't. But here's a confession... I used to, many moons ago.

In some cases, we actually can become "addicted" to not feeling good about ourselves-- which is why the habit can be very hard to break.

So why do we do this? And how do we break free?

There are numerous reasons, and they are mostly too complex to explain in a blog post. Often, we are dealing with "stories" from our families of origin or relationships where we felt powerless and out of control, and the only way we could gain a measure of control was through "taking responsibility" for things gone wrong. We may also have been extensively "scapegoated," so being "the guilty party" feels-- if not exactly "good"-- at least "natural." Maybe we have issues with feeling "unseen" (this was me!), and in being "responsible" for life's disasters, at least we got noticed and received a measure of gratitude and appreciation when we could put things right. 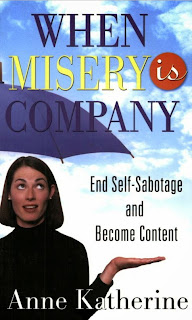 Who wants to spend a lifetime "righting disasters?" Whereas we might be good at it and feel a fleeting sense of accomplishment it is typically a thankless path... and it's very easy to end up in a place where we become disillusioned and bitter; missing out on joy and happiness.

There's no easy path out, but simple awareness that you're in this pattern is a great start!

We can also help ourselves by asking whether the "emotional script" we are running actually has anything to do with "Right Now,"or is it actually an outdated "remnant" from from a situation that no longer exists. We may be "reacting to a memory."

Personally, I was helped-- a LOT-- by a little known book called "When Misery is Company

" by Anne Katherine (pictured at right-- link leads to its Amazon page). Not an easy read, mostly because I didn't "want" what was being said to be true-- even though it was. Have a look-- I highly recommend it!

Ultimately, we all deserve to be happy. But it's difficult to be happy if we are stuck in a pattern of making choices and taking actions that keep us in a place of feeling guilty and responsible.


Does any of this resonate with you? Do you find yourself "taking responsibility" for things that were not your doing? Is it an "active" thing, or do you just "fall into it?" Do you wish you could change things? Do share and leave a comment!