HSP Topics: How "out" are you, about being an HSP?

I've been thinking about some of the topics that often are "of concern" to HSPs, as we make our way through life. The following-- along with the related "How do I tell someone about the trait?" is a common topic of conversation at many HSP Gatherings, as well as in online forums.

How "out" are you, about being a Highly Sensitive Person?

Is it something you completely keep to yourself?

At the opposite end of the spectrum, is it something you openly tell people who ask (for example) why you're so bothered by noise, or finicky about your environment, or so sensitive to criticism, or whatever? 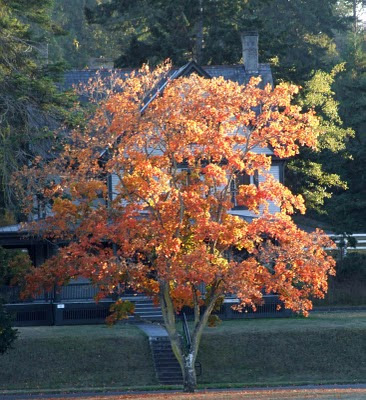 It seems that approaches very considerably.

I've gone through a whole series of ups and downs in the 13+ years I've been aware that I was an HSP. When I first read "The Highly Sensitive Person" (in 1997) I was both relieved, and seriously bummed. Relieved, because I realize that "it wasn't JUST me," but bummed because.... "highly sensitive???" I didn't want to be that, even though I was quite aware that it was my truth. There a difference between "being aware" that something is up, and facing the reality in print, in front of you.

So I pretty much "ignored" it, but continued learning by "observing myself" when various overwhelming situations would affect me. My girlfriend at the time knew. She thought it was "cute," if a bit annoying and slightly offensive.

I swung in the opposite direction once I learned enough to "phrase it" as a neurological trait. I used a couple of analogies a lot, to explain high sensitivity without calling myself "highly sensitive."

Sometimes I'd ask people if the lights of oncoming cars blinded them at night. They do affect most people, so it's a common reference point. Then I'd say "Now imagine going through life with everything you see 10 times as bright, and everything you hear 10 times as loud. That's how I experience life... and that's why I get tired and frazzled really easily." Or I'd use the "radio" analogy: You can tune a radio to the station of your choice, and set the volume where you want it. That's how most people "receive" life. "Now imagine a radio where ALL stations are a jumble on top of each other, and all are playing at full volume. That's how much of life feels to me, and that's why I often need to be alone, and very quiet."

I learned that most people either didn't really care, or still looked at me like I was a freak. A freak they now somewhat understood, but a freak, nonetheless.

So I went through another phase of "this is mine, and for me alone to know about and deal with."

There was generally a consensus that "charging into life" waving an "I'm an HSP!" banner is pretty counterproductive. It just annoys people, just like it annoys people to be around someone whose primary topic of conversation is some "condition" they have, or how amazing they think they are because they quit smoking.

And yet, there was also consensus that (A) being highly sensitive is a very REAL thing, and therefore (B) we do have some sort of obligation to spread awareness of it, even if not through flag waving.

I guess these days I am "open, but selective." That is, I'll tell somebody if I genuinely think it will make a difference, or if I can intuit that they are genuinely interested.

I was coming back from the 2004 California Gathering, and the other person in the Super Shuttle from the airport back to Round Rock was making small talk about where we'd come from. And I said "a retreat in California." Well, she'd been to a Yoga workshop. So I took a chance when she wanted to know "what kind" of retreat, and said "A retreat for highly sensitive people" instead of "neuropsychology" (which, by the way, is ALSO true). And we actually ended up having a nice conversation because this was someone who was "somewhat alternative" in her own interests. Odds are she later looked for a copy of Elaine's book.

Bottom line is that whether I tell-- and what I tell-- depends on the person and the situation. No matter what, I try to take "baby steps" in ferreting out whether someone will be receptive, or not. And take it from there. My approach will also be quite different, if I am trying to tell someone who most likely is an HSP, themselves... but not aware that such a thing exists.


Talk Back: How open are you about being an HSP? Do you feel comfortable telling people about the trait, or do you avoid doing so? Are you concerned about how it will be received? Do you have a good "elevator speech" about being an HSP, that you typically use?
Posted by Peter M at Friday, February 05, 2010