Reflection: Moving Beyond "Being An HSP"

As I write these words, the 19th "HSP Gathering Retreat" is about to begin, on Gabriola Island in British Columbia.

As I think about that, I can't help but contemplate my own participation in these events, and the many things I learned, as a result. I gained much, including the understanding that I had a "tribe" of sorts... but even while I recognized that, I also learned that HSPs are just as individually different as any other "tribe" of people. Sometimes I think we lose sight of that, and get very involved in the business of "being an HSP," like it somehow offers us sum-total summary of Who We Are. 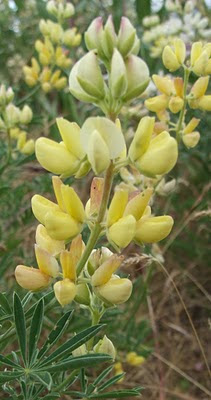 Learning is about personal evolution. As we learn and gain wisdom, we change... and those changes result in our self-perception evolving, as well. HSPs tend to be quite passionate about self-improvement and the "study of self," sometimes to the point of getting bogged down in "analysis paralysis." But there is a big difference between eternally studying life, and being an actual active part of life.

Once upon a time, I was this largely "embryonic" human being, utterly unaware of myself and the "why" and "how" of my motivations. I emerged from a dysfunctional childhood as a glorified sleepwalker, moving through life like an automaton. "Functioning" (in the practical sense), but hardly "living," and certainly not living authentically. Then I picked up a psychology text and a few courses in college, and things changed. Some years later, I started studying the enneagram, which led me to a spiritual path of Nonduality, and things changed. Some years later (again!), I learned about this thing called "High Sensitivity." Again, things changed. In the course of another decade, I learned how to embrace this thing; this neurological trait... which had offered me the insight that sensitivity isn't always a choice or a learned response... but something written into my genetic code.

I feel blessed to have been a part of the evolving global "HSP Community" since 1997, and am thrilled at how much information is now available, compared to the great void I found when I first examined this new concept. I'm stoked about the ongoing research and the multinational studies now showing the science behind attributes people would often respond to with words like "That's not REAL! It's just in your HEAD!"

Indeed, it IS real.

For example, it is now known that the neural pathways of HSPs and non-HSPs fire differently, when they are studied with fMRI equipment, while subjects perform the same tasks. For example, the trait has now been observed in dozens of animal populations, as well as in humans. For example, the somewhat ambiguous and New Agey sounding "Highly Sensitive Person" is now increasingly supplemented with the scientific term "Sensory-Processing Sensitivity." For example, there's a whole new "generation" of people in the Helping Professions who are moving from an approach of primarily "validating HSPs" to "empowering HSPs."

But there is something that troubles me, a bit, about the whole HSP issue... and it's an extension of my "Staying True to What Matters" posts of earlier this year. It concerns where people "go" with their learning... or, rather, where they sometimes stop. And I know this matters, because I have been in that stopped place and realized that I had to move on. It's a place called...

Hey, don't get me wrong. You ARE an HSP! I think it's cool and groovy that we learn and recognize and embrace that we're HSPs. What's not so groovy is that so many tend to stop there. What's the problem? It's limiting. We are, in effect, putting ourselves in a box; drawing a "boundary" around ourselves that serves to "set us apart" from, rather than making us "a part of" Life. And it becomes particularly troublesome when the phrase "because I am an HSP" becomes closely held self-identification that restricts our involvement in life to being observers rather than participants.

Let me offer an analogy. I have no hair on my head. Like "being sensitive;" this is simply a fact about me. But I don't go through life thinking about myself as "a bald man." I think of myself (IF I even get that far) as "A man, who happens to be bald." I am aware of, and mindful that it impacts my life in certain ways. That I must always wear a hat on sunny days, and use sunscreen, up top. I understand that a whole set of "hair related" stuff is irrelevant to me, from what I can do when I am getting a hair cut, to what products I need. I understand that there will be some people who believe that you simply can't be "cool" if you don't have hair. But that doesn't stop my life, in any way.

And that's the point I want to get to, here. 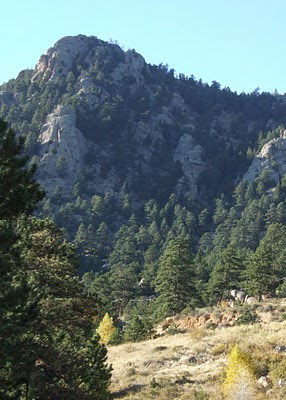 The danger for many HSPs lies in this pervasive tendency to "get stuck" at discovering, then learning, then embracing that they are "Highly Sensitive," but then getting bogged down in a nifty comfort zone where they feel like they are "done." Like "everything has now been explained." Or maybe "done" is not the right statement... but certainly they languor in a state where "I am an HSP" serves as their primary source of self-identity. Because it's comfortable. And it feels safe.

I have news for you:

What you are, is "A human being, who happens to be an HSP."

Maybe the difference strikes you as very subtle. And maybe it is. But please... stay awake, and be mindful of the choice points in your life, where perhaps you allow the personal statement "I am an HSP" to limit your choices. Be mindful that "I am an HSP" does not become like a "personal 8-ball" you carry around with you... and when you see something you desire, you take out your personal 8-ball, and place it between yourself, and what you truly want in life. I'm sad to say that I run into this, alarmingly often. And whereas people who get stuck like that will wholeheartedly agree with me that being highly sensitive is not a pathology, they are typically not very happy when I point out that using this "because I'm an HSP" statement looks an awful lot like pathologizing the trait.

Now, I do want to kick in an important footnote, here. We're all at our own unique "point on the curve," when it comes to personal development and self-awareness. And wanting to get immersed in the whole "I'm an HSP!" idea is a natural part of the progression. All I'm saying is "Don't get COMPLACENT and STUCK there!"

I should also finish by saying that this post is mostly for those who learned about the HSP trait a long time ago. If it's "all new to you," these thoughts and questions lie somewhere down the road for you. For now? Just enjoy the fact that you have "an explanation!"


Talk Back: Where are you, on your journey to yourself? Do you find that you often reach for the "I'm an HSP" idea as the "explanation" for many of your actions? Or have you moved beyond that point, in your life? Do you ever use the trait as an "excuse" or "crutch" to avoid certain aspects of life... even if you only "make the excuse" to yourself?
Posted by Peter M at Tuesday, June 08, 2010