HSPs and Attachments: Cleaning out the Old, to make room for the New

Or, if not "difficult," at least challenging.

Now I am not talking about "changing socks," here... I am talking about real, deep, meaningful and lasting change in how we live our lives.

When I think about change, a favorite quote by Helen Keller comes to mind:

"When one door of happiness closes, another opens; but often we look so long at the closed door that we do not see the one which has been opened for us."

I've been "cleaning out the old" today, although only in a very small and microcosmic sort of way. I've been wading through literally 100's of old partially started, half-finished and almost-finished posts I've written for this blog, in the course of the past eight years. I realized, as I was doing this, that I had (and have had) a great reluctance to outright "scrap" any of these old pieces of unfinished writing. After all... "what if" they might be important? Or good? Or worth writing later?

When I contemplated all this "unfinished work" I actually came to the realization that it felt a bit an "emotional boat anchor." As long as I kept it, I was also hanging onto an unspoken/unwritten "obligation" to look at it and finish it... later. And it had a "weight."

I paused for a while to consider this. And got to thinking about other aspects of my life, and then about other people's lives... and what we all "cling to" from our pasts. Why is it sometimes so difficult to just let go of things that no longer serve us?

HSPs are masters of examining their lives-- deep introspection is broadly regarded as a part of the trait. It's "processing more deeply." It's "being aware of nuances," primarily in our own lives. Some would argue that we process excessively, and end up with "analysis paralysis."

But I'm not going to talk about that, today.

I'm going to spend a little time on the subject of "change." And the process of effectuating real personal change, as opposed to superficial "cosmetic" changes that may make us feel good about ourselves for a while, but don't really lead to our lives feeling better, in the long run. Central to forging a path forward is finding a measure of willingness to simply let go old stuff we've carried around, frequently with the intent of "dealing with it later."

Often we have good ideas about where we want to go. And a sense of what must be changed. The genuine challenge-- which seems to hold especially true for HSPs, as a group-- is to let go of "the old." Maybe it's because HSPs become very attached to staying in their comfort zones... and even if our old ways were painful and not serving us, there was still a comfortable familiarity there. And so, rather than let go of what no longer is useful, we remain attached to it, and try to "drag it forward" into our present; into the "new life" we are trying to build.

Don't get me wrong; I believe that examining the past in order to gain insights into the present is a valid endeavor. But once you've examined and processed "the past," why continue to burden yourself with it? Be aware of it? Absolutely! But continue to carry it around? Not so good...

Change is scary, too. As HSPs we generally don't like that aspect of change. And we are often a little bit OCD-ish about wanting to know what we're getting into. Stepping towards the "unknown" makes us hesitate. A secondary consideration is that we often refuse to get rid of the old, until we're certain we're going to take up the new. There may be a measure of sense to that-- at least in some situations-- but if the old warrants discarding, on its own merit, why do we persist in making the discard contingent on starting something new? 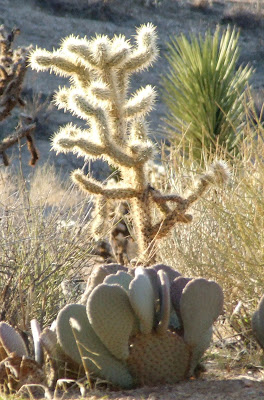 Could be a new job, or even a shift from corporate employment to self-employment. Even though we (A) hate our old job and it makes us feel stressed out and miserable and (B) we feel quite certain the new direction will make is feel much happier... we hesitate. Or more than hesitate. Instead of putting our energies and resources into our potentially brighter future, we trap ourselves in rationalizations about our not so happy past. We start telling ourselves that our stressful job isn't really that bad. That working 60 hours a week with people we really never got along with "isn't THAT bad."

Could be a relationship, or the promise of a relationship. Even as someone who has proven themselves worthy, over and over, waits for us with open arms we look backwards and reframe a wildly dysfunctional and abusive situation as "not that bad." In a fit of weakness, we may even decide to "abandon" our future and return to the "familiar devil" of our past.

Or, like my writing, it could a hobby. It could be the fourteen boxes of yarn we've been moving around for 15 years because we intended to take up weaving "at some point." And even though it has become pretty obvious that we will never take up weaving, we still cart the boxes around with us... and they represent not only physical baggage (we need to store them, and we could sure use the storage space), but also an emotional "weight" as we carry with us this "unfulfilled intention" to DO something with all this yarn... and even if that doesn't live in our active memories, we're still aware of it, and it takes up "space" in some way.

So what gives? Why do we cling so hard to "what once was" and "what has been?"

The reasons many, and I won't explore their intricacies and convolutions. The main thing I wanted to bring up is the need for awareness that we're clinging to things that no longer serve us. And to share that there is a great relief-- and subsequent healing-- in the act of simply deciding to "let go." Afterwards, there is a "lightness," and we suddenly feel more capable of stepping into the future we have dreamed about, and know that we want.

So what happened to all my writing? Well, I probably scrapped about 120 unfinished posts today; maybe seventy-five thousand words vanished with a few clicks. I saved fewer than 20 that seemed interesting and were "almost finished," and mostly recent. After all, who the hell wants to read stuff written with a five-year old frame of reference? Then I thought "Oh, I should hang onto those, and release them one at a time." THEN I thought... "wait a minute, you're doing the same thing, AGAIN!" And I decided I'd release them onto the blog en-masse, with the original post dates (from when I first wrote them) intact, and then I'd have a clean space from which to continue writing.

And yes, I do feel lighter!


Talk Back: Do you have a tendency to hold onto the past? Does it keep you from being in the present, and moving forward? When was the last time you did some major cleaning out of old beliefs, objects, people and other things that no longer serve? If you have, how did it feel? If you haven't, what are you waiting for? WHEN will you do it? What is holding you back?
Posted by Peter M at Friday, June 11, 2010