As I replace my 2011 calendars with new 2012 calendars, I can't help but think about the way we generally use the turning of the year to generate a series of "resolutions" for what we're going to accomplish during the year ahead.

Don't get me wrong. I'm not knocking the idea of "setting goals." I'm just against skeptical about the value of these time-dependent resolutions, especially for HSPs. 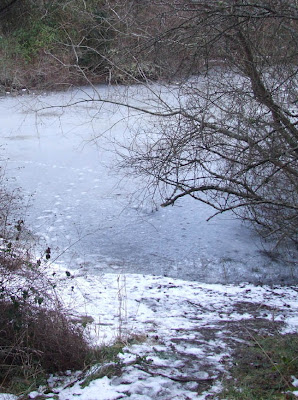 "Go on a diet and lose 50lbs."
"Climb Mt. Everest."
"Learn French."
"Get in shape and run the New York Marathon."
"Write and publish my first novel."

Perhaps these are worthy and inspiring resolutions. But for an HSP, just looking at such goals-- before even attempting them-- can make us feel overwhelmed. Where do we begin? We start to overthink and overplan, which perhaps will cause us to become immobilized ("analysis paralysis"), rather than motivated. And the sad fact is that 90% of ostensible New Year's resolutions are broken within 30 days, and very few people (HSP or not) actually reach their goals.

Of course, a large part of the problem is that most New Year's resolutions are "made in a hurry," because it happens to be the first of the year, and they bear little resemblance to the kinds of goals we reach for during the remainder of the year. So we get trapped in this "bigger and better goals" cycle... and then we almost inevitably fail.

These "failures" have specific implications for the Highly Sensitive Person because we "take things to heart" more deeply than the rest of the world. We end up feeling bad about ourselves because existing life was already stimulating enough... and even having the "diet goal" made us feel even more overwhelmed... and when we realize that we're "not gonna get there" it hits us hard. Perhaps we end up brooding and feeling it is was "all too much." Perhaps we assess and determine that we're actually worse off than if we'd had no resolutions, at all.

I have been much happier with life since I ditched "New Year's Resolutions," some 15 years ago... almost at the same time I learned about being an HSP. 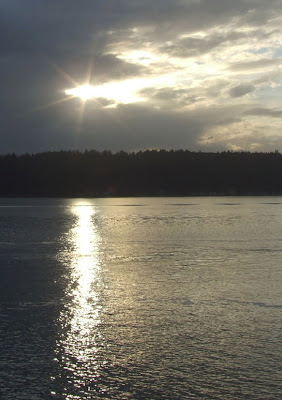 Whereas I do "mark" the passing of a new year, it's mostly from a "retrospective analysis" perspective. What did I get done, during the previous year? Then I pause to be grateful and "feel accomplished" about that.

For the most part, I have given up on setting "large time dependent resolutions and goals." Instead, I set lots of small daily/weekly goals.

This accomplishes TWO things, for me:

One, I get to celebrate "success" and "accomplishment" more often than not. Rather than getting overwhelmed by worry and anxiety about the sheer scale of "contact ALL your clients," I get to feel good about the fact that I DID organize the "A" clients this week.

Of course, the above is just an example.

Bottom line-- Remember this: Nobody has to be "impressed" with your method of goal setting (and subsequent rate of accomplishment) besides yourself. As an HSP, part of living in an HSP-friendly manner is to structure your life (and "resolutions") in such a way they minimize stress and worry, while maximizing the end result. Often that will mean having to create your own system.

Talk back: Do you make "New Year's resultions?" Or do you avoid them, altogether? How often do you accomplish what you said you wanted to, at the beginning of the year? Do you find it stressful and overwhelming to consider LARGE life goals? Feel free to leave a comment about your experiences with resolutions and goal setting!