Of HSPs and "Sensitives"

How do we define ourselves?

Since I first learned there was such a thing as "being an HSP," I have been part of a lot of different groups, web forums, workshops, retreats and other venues specifically involving highly sensitive people. Once upon a time, I believed HSPs were a lot more "alike" than I do today. I now know that whereas we do share this trait, we are all very different and distinct individuals.

Dr. Elaine Aron's description of the trait has been around since the her book "The Highly Sensitive Person" was published in 1996, but it seems like the actual "meaning" of being a Highly Sensitive Person is often a rather fluid and changeable one. Granted, 95% of the world's HSPs are "self-defined," with only about 5% perhaps "identified" by a therapist or life coach. Besides, since being highly sensitive is NOT a "condition," there is also no "diagnosis," so I guess it would follow that our individual interpretations of "sensitive" is filtered through our personal lenses of perception. 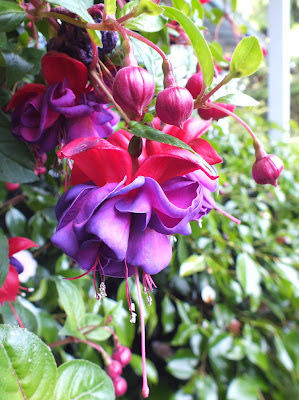 As a demographic group, we HSPs have come a long way, since 1996. General awareness of the trait reaches new highs every year, as more and more articles about high sensitivity are included in mainstream media. Whether we agree with their approaches and "tone"-- or not-- it's hard to dispute that a lot more people know that there's such a thing as "being an HSP," thanks to these publications.

That said, there are also a fair number of misinterpretations and misidentifications out there.

One term I frequently run into is "Sensitives."

Sensitives, in this case, refers to people who are psychic or possess some form of ESP or Psi-abilities. It's a term that has been around much longer than "HSP" and it is NOT the same thing as being a Highly Sensitive Person. In fact, if you examine Elaine Aron's self-test for sensitivity, you'll find that maybe 3-4 of the 27 item questionnaire address anything remotely pertaining to Psi powers.

You might be wondering why I even care about this.

One of the primary benefits of learning about the HSP trait-- including what is, and is NOT part of it-- is ultimately to enjoy a better quality of life in which we incorporate our sensitivities into our daily routines, rather than experience them as a hindrance. We are responsible-- to ourselves, and to others-- to know at least the basics of what we're talking about, and that includes the definitions of both high sensitivity and some it its "lookalikes." The more we know and understand, the more we can identify what "is-me" and what "is-not-me." If we mislabel ourselves-- or allow others to mislabel themselves, or us-- we're not being effective "ambassadors" in helping establish an accurate public awareness of High Sensitivity.

And that would just be a shame, given how many of us have spent lives feeling marginalized through misunderstanding.

Talk Back! Do you feel like you have a strong sense of what it "means" to be an HSP? Have you understood "Sensitives" and "HSP" to be the same thing? Or has it never been an issue? Have you actually taken Elaine Aron's sensitivity quiz (link above)? Did the questions different from what you "thought" it would mean to be sensitive? Please leave a comment!
Posted by Peter M at Friday, June 15, 2012