How do YOU "Identify" with the HSP Trait?

In a couple of past articles, I have alluded briefly to the somewhat unhealthy practice of "hiding behind the HSP label," as a means to avoid actively engaging in life. These people carefully and actively "cultivate" an image and aura of being "fragile flowers," sometimes making life insufferably difficult for those around them... who end up feeling like they are walking on eggshells.

This represents one end of a continuum of attitudes towards being a Highly Sensitive Person. 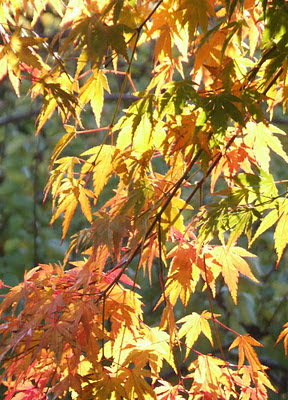 At the opposite end of the spectrum are folks I would describe as "HSPs in denial." These are people who are clearly HSPs but actively deny it; either by ignoring their sensitivities or by declaring the whole idea to be "nonsense." Along with them, another group "sees and rejects" their sensitivity: "Yeah, I'm an HSP... but SO WHAT???"

Extremes are seldom healthy expressions of life... and rarely balanced.

I am unapologetically open about being an HSP. I don't care who knows and who doesn't, and I really don't care what they think about it.

I embrace my sensitivity as a NEUTRAL trait, as Dr. Elaine Aron originally characterized it. Being "sensitive" doesn't "make me" anything. It doesn't make me "special," or "better," or "weak," or "gifted," or anything else... aside from "highly sensitive." It is part of a description of me-- like "blond hair" or "tall."

This is my LIFE. I have two options: I can either "fight" it, and complain about it and impose my difficulties on others like a wet blanket... or I can honor it and make the most of precisely the characteristics I happen to have.

Acceptance also means we must be open to accepting certain limitations.

Because I am tall, flying is difficult and very uncomfortable for me... try sitting for eight hours straight, folded up like an accordion. Consider what it's like to shop for cars, knowing that those (about 10%) you can actually "fit in" might NEVER be the ones you "like best." Consider the number of times you might hit your head on something overhead-- from a doorway, to a branch, to a sign in a store, to a low stairwell-- knocking yourself to the ground... and people stare at you like you're stupid. 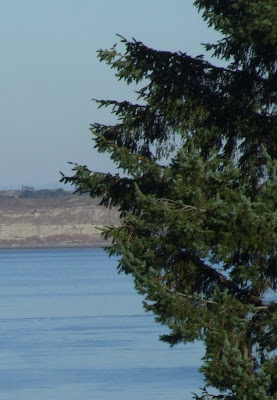 As a highly sensitive person, I have certain limitations about me that I simply accept. I doesn't serve me or make my life better to either (A) endlessly complain about them or (B-- which I see a sadly large number of HSPs do) more or less "give up on life" because of these limitations.

As an HSP/empath, I will never be comfortable in large crowds-- the many energies bouncing around, the noise, the pushing and the shoving make me uncomfortable... and exhaust me. Whereas I genuinely like (quiet) people, company wears me out, rather quickly. I cannot do anything well (i.e. "perform") with someone looking over my shoulder. It has nothing to do with being shy, or socially anxious, or fearing failure... and everything to do with the proximity of that person's energy destroying my ability to focus. Loud sounds-- sudden, or persistent-- overwhelm me. They even hurt. Doesn't matter whether it's a jet engine, chain saw, an angry person screaming, a large dog barking or a rock concert.

This article was never meant to be about "practical advice" for dealing with specific HSP traits that make life more challenging. It was meant to gently challenge the paradigms of both the "very fragile embracing" HSPs and the "rejectionist" HSPs... and suggest that we need to find a balance; a balance that allows us to be IN the world, but on our terms. "Hiding" behind-- or rejecting-- what makes us HSPs robs us not only of the chance to live full lives, but also of sharing the positive aspects of being highly sensitive with the world.

Talk back! How do you feel about being an HSP? How do you identify with the trait? When you first learned about high sensitivity, did you reject the idea, regard it with skepticism, or wrap yourself in it like a warm blanket? OR something else? Has your attitude towards being an HSP changed, since you first learned about the trait? WHAT has changed? Be part of the dialogue! Leave a comment, and share your experiences.
Posted by Peter M at Saturday, January 07, 2012