HSPs and Acceptance: How Being very Tall, Collecting Stamps and Playing Golf Helped me Embrace Being an HSP

It's no secret that many HSPs struggle and wrestle with the idea that they are a Highly Sensitive Person. After all, there are all manners of cultural prejudices and misconceptions surrounding the word "sensitive," and it seems like few of them are positive.

From time to time, I have been asked how I can "be so open" about being an HSP, and "how" I managed to so readily accept the trait. After all, "aren't I afraid of being seen as weak (or "weird")," and aren't I afraid I "will be discriminated against?" And other biggie: "men aren't supposed to be sensitive, right?"

A few days ago-- during my daily morning writing-- it suddenly struck me that part of the answer to the "acceptance" question was/is that I "already had experience," in unrelated ways. Truth be known, I think most of us do, but we ignore it or are blind to it.

"What does that mean?" you might be asking. Let's explore...

What does it really mean, to be an HSP? What are some of the deeper implications? When you "embrace" that you are highly sensitive, what what are you really accepting about yourself?

For most, it means some version of "I don't really fit in" and/or "I'm a little different from the rest of the world." As human beings, we are-- basically-- tribal creatures. Even if we are very introverted and don't necessarily want to interact with the "tribe," we are still comforted by the idea that at least we belong to one. And when we accept being an HSP, we are-- in a way-- "agreeing" to making our tribe 85% smaller. And it's totally understandable that not everyone is ready to jump at the chance to do that.

So how exactly was I "prepared" to embrace being an HSP?

Well, let's start with being really tall. I was 6'2" (188cm) already when I was 15. I stood head and shoulders above 99% of my peers. The rather fuzzy photo at right shows me in all my lanky 15-year old geekiness. So what's the point, here?

Being much taller than everyone else gets you used to a couple of things. One, people look at you-- even if not "oddly," they look at you. And so, I got used to the idea that people would "look," and that it was because I was not like most other people.

Second, my actual physical experience of life was-- and remains-- a little different from everyone else's. There are a number of things I simply "can't do," because of my height (I grew up to stand a bit over 6'4"/194cm). For example, finding clothes is more difficult than it is for "normal" people. A normal t-shirt almost becomes a "crop top" for me, after a couple of cycles through the wash. And when it is time for me to buy a car, I can't just choose a highly rated car I like... I have to choose from among the limited half-dozen models that actually have enough legroom and headroom for me. 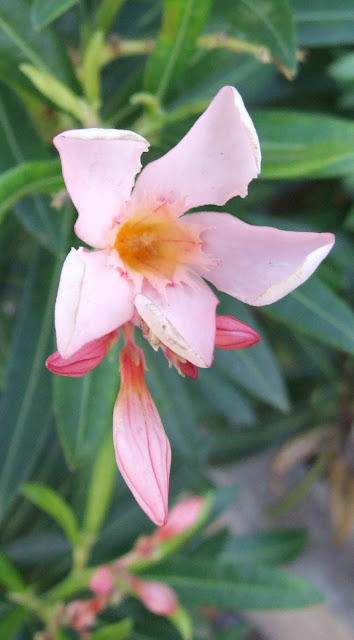 My parents-- inadvertently-- "helped" me come to terms with being highly sensitive. How? They pushed me towards a couple of hobbies/pastimes that served to rather "set me apart" from my peers. As a boy and young man, I was guided and encouraged to get into-- and occupy myself with-- stamp collecting and playing golf. Not exactly what you find most 15-year olds interested in-- even in 1975.

Ironically, both stamp collecting and golf are perfect "HSP pastimes," although nobody was aware of that, at the time. My parents were mostly interested in getting me to do something that would keep me quiet and took hours at a time.

Collecting stamps is a quiet, solitary pursuit that almost becomes a Zen-like meditation when you spend some time with it... and it offers a fascinating glimpse into world cultures and history-- not to mention that each stamp is actually a miniature work of art. And golf-- as sports go-- is a solitary (as opposed to "team") endeavor, played in silence, that involves being in (even if a golf course is a bit contrived) nature... a place where most HSPs feel at peace.

That said, not only does being a 16-year old golfing stamp collector pretty much put the final nail in the coffin of hoping to attain even the tiniest bit of coolness, it pretty much dooms you when it comes to getting a date. In addition, these two pastimes often cause people to pause and look at you "strangely," in ways they wouldn't look at someone who "plays football and goes hunting." Only now that I am in my 50s are the strange looks gradually giving way to "Oh, that's pretty cool!"

Anyway, by the time 1997 rolled around and I learned and realized that I was-- indeed-- an HSP, I already had 20+ years of experience in dealing with being thought "weird and different."

Now, lest you should get any ideas, I am not writing this to share some personal "boo-hoo-hoo, woe is me" story, nor to try to persuade anyone that I am somehow "special." I am actually writing this to illustrate-- especially for those who are having a difficult time embracing being an HSP and feel "unprepared" to do so-- that some of the most ordinary things in life actually do prepare us to accept our sensitivity.

So, if you're struggling a bit, I encourage you to examine ways in which life have challenged you... and see whether there are lessons there that might help you become more at ease with being an HSP.

Talk Back! Leave a comment: Was it difficult for you to accept being an HSP? Is it still a struggle? In what ways? If you think a bit, what are some other (unrelated) differences you have had to deal with, in life? Can you see parallels with High Sensitivity?