One of the most frequently discussed topics in groups of HSPs-- be it online, at a local group meeting, or at an HSP Gathering-- tends to revolve around work, and around how to make a living while also living authentically.

In her book "Making Work Work for the Highly Sensitive Person

," author Barrie Jaeger talks about the type of work she classifies as "drudgery," and how soul-crushing it can be for HSPs to be stuck in types of work that feels out of step with their sense of idealism. Jaeger then recommends that we identify and search for the work that represents our true Calling. Sadly, an awful lot of HSPs are stuck in drudgery work. Also sadly, a lot also identify with a somewhat toxic belief system centered around the notion that pursuing one's True Calling somehow requires taking a vow of poverty. 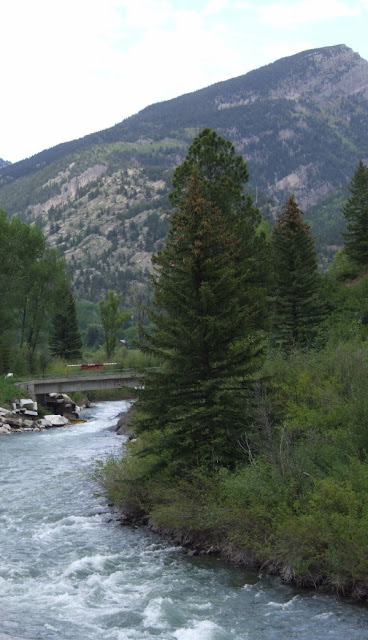 Finding one's Calling, of course, is easier said than done. And it often involves looking at certain secondary-- and very practical issues: How do we make money at our ostensible Callings? Dr. Elaine Aron writes-- in "The Highly Sensitive Person

"-- that while HSPs are often highly educated and qualified, they tend to gravitate towards jobs that are generally low paying, in our society: Artist, writer, teacher, musician, librarian...

But there's more to it than that.

Whether it's actually part of the HSP trait or not, I've also often run into what I have come to think of as a form of "counterproductive idealism," when it comes to HSPs, work and making money. This belief centers around the (largely false!) notion that it's "impossible" or "wrong" to claim that you're living authentically unless you turn your back on all things material and monetary.

Frankly, I'm not convinced it's very healthy (or "evolved," for that matter) to be attached to the idea that if you're making money, "you're not living authentically."

Think about it, for a moment...

To my way of thinking, it's a rather unbalanced perspective. To think that "authenticity" can only come through embracing an ascetic lifestyle is actually as "extremist" in nature as the practices of those who subscribe to the idea that "success" can only be reached through the relentless pursuit of material wealth at all costs... you're really just looking at the flip side of the same coin.

So if you hold this belief that money is somehow "evil" and even an "obstacle" on your path to authentic happiness, I invite you to pause and consider WHY you hold this belief? What is your real "issue" with money, making money and having money? And then I invite you to consider the inherent paradox within your beliefs: You are rejecting money as being "important," even while "money/wealth" (the rejection of) is actually the centerpiece of your belief system about working and authenticity. So what you're really saying is that money actually IS important to you....?

Actually, no. That's probably one of the most misquoted quotes of all time. The actual quote (from the Bible, 1 Timothy, 6:10) is "For the love of money is the root of all evil: which while some coveted after, they have erred from the faith, and pierced themselves through with many sorrows" (emphasis added).

By now, some of you might be asking "Why are you making such a big deal out of this?" Because I've met a surprising number of HSPs who've actively rejected their Calling with reasoning such as "I love the creativity of developing marketing campaigns for charities, but I'm not doing it because that industry is all about money!" It is almost as if the fact that we get paid somehow reduces the "worth" of the work. When I hear a statement like that, I find myself thinking "So you've rejected doing what you love because the field has a financial orientation, and instead you choose to work as a retail sales clerk, living at poverty level, hating what you're doing... while trying to convince me, the world and yourself that at least your life is authentic?"

As an HSP, my own work history has run the range from the relentless pursuit of material success and chasing the Almighty Dollar, to actually rejecting the need to make money and have anything material (I actually once voluntarily took an 80% pay cut in service of pursuing "my authenticity!"), to my current state of balance, in which I feel a deep gratitude for being able to make a pretty good living doing things I really love to do. And I am not ashamed (which I would have been, at one time) of the fact that I am probably better compensated for what I do than 90% of self-employed HSPs.

Now, if that sounds like it's being "boastful" or somehow "insensitive," I will hurry to point out that I share this information only for the purpose of getting others to think about their own relationships with work and money. Specifically, I invite you to consider whether or not part of your difficulties with work, money and living authentically are caused by your beliefs "getting in your own way." Let me assure you that keeping yourself broke neither assures authenticity, nor is it "noble;" choosing to deliberately struggle and suffer is more self-destructive than a path to "glory." If you have a dislike of money (and "making money") ask yourself if that's really you... or perhaps a subtle case of sour grapes: a subconscious statement of "because it's always so hard for me to make a living, I'm going to pretend money doesn't matter to me."

Originally, I had planned to write a bit about work for HSPs and finding our Calling... but I got sidetracked when I started to consider this fairly common obstacle many HSPs face, on their path of self-discovery.
Talk back: As an HSP, how is your "relationship" with money? Does materialism disgust you? Do you regard money from a primarily practical perspective, or do you also have a "philosophical" relationship with wealth? Do you believe one needs to reject material things in order to live authentically? If you got involved in your True Calling and it paid extremely well, would you feel grateful, or rather appalled and uncomfortable? Leave and comment and help start a discussion!
Posted by Peter M at Friday, August 12, 2011