I have been pondering the ins and outs of "choices," recently. Not long ago, I wrote about "observing" vs. "participating," and this time I'll also dig a little deeper into that particular topic... 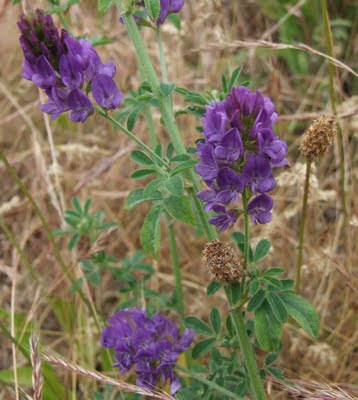 Choices are interesting creatures. We generally look to our ability to choose our path as a tool for freedom and empowerment; as a way to create the paths and lives we wish to follow. On the surface, this is a pretty straightforward idea.

So often, we allow the process of "choosing" to become a hurdle, itself, rather than an opening; rather than the invitation and opportunity that it is. I have previously written about how we HSPs are sometimes given to lapsing into "analysis paralysis," and perhaps the issues we face when it comes to making choices is merely a variation on this.

How often have you been with a friend who insisted "But I had NO CHOICE!" Or perhaps you-- or someone you know-- seemed immobilized when faced with the task of choosing between "A or B." Or perhaps you have found yourself waiting for "absolute certainty" with regard to something, before feeling comfortable in choosing. Or have wanted to "have it both ways" as a means to avoid having to make a choice. Or maybe you ended up unhappy with the outcome of a situation, following a choice not made-- perhaps the result of taking a "wait and see" approach. One of my father's sisters was forever lamenting how she "never got to do anything" because she invariably felt immobilized when faced with choices... as a result of which many opportunities simply passed her by, while she was deliberating.

Do you recognize yourself, in any of these scenarios?

Have you ever considered your patterns... and the possible ways in which "hesitance around choosing" may be responsible for holding you back from things you really want to do?

One of my Teachers once reminded me that "non-choice" is also a choice. For the first 30 years of my life, this was one of my biggest challenges... my uncanny "talent" for assigning "no particular importance" to most situations I faced; instead of saying "I'd prefer pizza for lunch," I'd say "whatever... it doesn't matter.... YOU choose," and then would end up feeling put upon because things never seemed to unfold as I'd hoped, or even in a way I liked.

Perhaps one of the things that scares us about choices is that a choice ultimately represents a commitment. And when we commit to something-- and I mean commit fully and completely-- we also commit to "owning" the consequences of our choices, not least of which is giving up one or more alternatives. By choosing, and owning accountability for our choices, we no longer get to "farm out" (however subtly) part of the responsibility for the outcome of the choice to someone else, or to the weather, or the black cat that wandered across our path-- even though we might still try!

It always amazes me just how many generally well-meaning people engage in this subtle dance, designed (unconsciously?) to get them "off the hook" of responsibility and accountability.

Using the simplest of metaphors, when I commit and say "I want pizza for lunch," I'm essentially giving up my option to pass on some of the responsibility for the pizza not being "all that" through a statement like "Well, it was really Bob's idea that we get pizza, but I went along with it." Furthermore, by choosing the pizza I also "lost" the opportunity to have baked salmon which also sounded really good... and in my "post bad pizza" state of mind might lead to feelings of regret.

In the arena of human dynamics and relationships, choosing can become especially tricky. In few places can we come up with more excuses, rationalizations, reasons, justifications and explanations than when we deal with other people-- and start to consider scenarios like "Jill's feelings will be hurt, if I choose to have lunch with Sue."

Now, as HSPs, we tend to be very empathic and compassionate people... but how well are we really served by being wishy-washy about choosing? In addition, many HSPs have a temperamental preference for "open ended" scenarios and for possible, rather than "decided" paths. 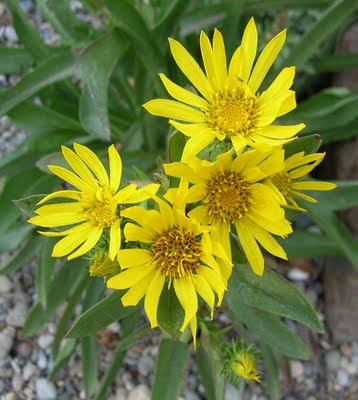 Again, I come back to the trouble with feeling immobilized by choice... and to the problem of letting the fear of an unsatisfactory outcome get in the way of reaching for the choice-- and outcome-- we really want, in our hearts and souls.

Maybe it's just part of human nature to fear saying (in private, or in public) "I was wrong" or "I made a bad choice." Or, as the case may be, "I thought it was pizza I wanted, but I was wrong. I really wanted salmon." Or "it was a mistake to have lunch with Sue, and now Jill doesn't want to talk to me."

Choosing-- and, again, I'm now primarily talking about the life choices that really have deep and lasting potential to affect our Personal Journeys-- requires us to be active agents in our own lives. When I read books from experts in the area of self-development, we are usually asked to be aware, and awake, and mindful... and to not just sleepwalk through existence. We are asked to be open to allowing "whatever" is going to happen, to happen to us. When we operate from fear, we tend to get "stuck."

Perhaps it's not always important that we necessarily "have our way," merely that we remain cognizant that a "choice point" was passed... and even if what we ultimately did was to "choose NOT to choose" we at least remain awake enough to recognize this as "OUR choice," and be willing to live with the attendant consequences... be they good, bad or indifferent.

I'll end by examining the often-heard statement "But I had NO choice!" Very seldom is this actually true... most often, it's an excuse we throw up. We almost always have a choice, but we can certainly face situations in which none of the available choices are very appealing...
Talk Back: Do you find it difficult to make choices? Or are you decisive? Have you found yourself in situations where an opportunity "expired" because you didn't make a choice? Or were you afraid to choose? If so, what were you afraid of? Have you ever--or do you-- deferred to the opinions of others, as a means to "not be on the hook" for the outcome of some situation/event? Leave a comment!