Assorted articles about the HSP Trait

I spent the weekend in Seattle, being at meetings and gatherings relating to a new project I'm getting involved with. In spending a couple of days among anywhere from 25 to maybe 80 people, I was reminded of how emotionally and mentally exhausting it can for an HSP-- especially of the introverted variety-- to spend a lot of time with larger groups of people.

I'm not even going to count the effect of simply being in a city the size of Seattle, in this equation...

I was planning to write a new article today, but found myself feeling "tired in the head" and not so inspired. I expect a few who read this can relate. 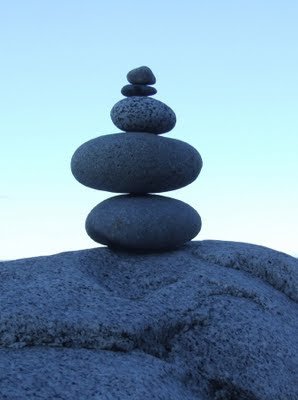 So, instead I am going to share some articles I have written-- in the course of the past five years-- relating to living, growing and finding resources for the Highly Sensitive Person. I hope you will find something of use, here-- either for yourself, or to share with people you feel could use a bit more information. Each link opens in a new browser tab:

The Highly Sensitive Person: An Introduction: Written in 2007, this was my first attempt at creating a brief introduction to the HSP trait. It covers the general "basics."

So WHAT if you're Sensitive? Why should it matter to you?: I wrote this article in response to a number people-- many of them HSPs-- who responded "who cares?" to me when I started writing about the trait.

OK, so I'm an HSP-- NOW what?: This article covers a bit about "what to do next," once a person discovers they are an HSP-- some suggestions on how and where to learn more.

HSP Gatherings, Groups and Workshops: Maybe not so much an "article" as a place I put together a list of resources-- since it's a permanent post, it's a little more accessible than the dynamic pages of a blog.

HSPs and the Challenge of Friendships: I wrote this piece about four years ago, in response to what seemed (and this continues) like a long stream of people on HSP forums talking about how difficult it was for them to make-- and keep-- friends.

Highly Sensitive or Highly Touchy?: This article took on one of the more "sensitive" topics I've written about: When does genuinely "sensitive" actually roll over into the land of someone who's pathologically touchy and fussy about everything... making them difficult to be around?

I realize that these articles may be somewhat "introductory level" for many readers... but sometimes it's good to have a few reminders of the basics.