Life is a Series of Constant Re-Inventions

We HSPs are generally not fond of change.

Or we may be fond of change, but still find it massively disruptive and overstimulating to deal with it.

The latter, I suppose, holds more true for HSS HSPs.

I have been absent from these pages, for a while...

Once again — at age 58 — I find myself in the process of "reinventing myself." 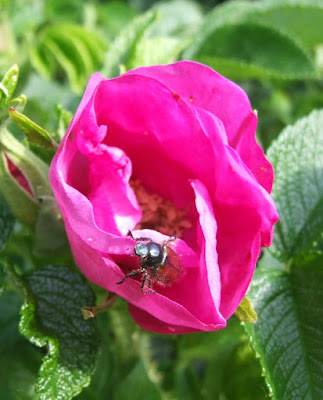 As my three readers might remember, I have spent most of my adult life engaged in some form of self-employment. This is generally a really good "fit" for HSPs... we get to do things largely on our own terms, which typically includes creating a work-life that allows us to keep the lid somewhat on overstimulation, and at least manage it.

Of course, even when things are working quite well, change happens.

In this case, I am facing the reality that two of my four home-based micro businesses that have been sustaining us for the past decade+ have been in steady decline for some years — one due to an aging and dying primary demographic, the other due to competition from inexpensive alternatives in S.E. Asia — and we have reached a place (financially) where steadily increasing costs of living have overtaken steadily declining income.

So much for being in your "peak earning years" during your 50s!

There is always a "tipping point" in these situations... very minor events set a much larger action in motion. In our case, it was our homeowner's insurance. The renewal policy for the same insurance coverage we've had for six years arrived. Normally, the premiums have been ticking up 2-3% a year, which is bearable. This year, however, the monthly payments jumped from $108.50 to $132.17, an increase of 21.8%.

We all know that inflation is only about 2-3% a year, so what gives? Well, our home "turned 40" this year, which means being part of a different "risk pool."

Meanwhile, the fact that the "equation" is no longer working means not only that changes have to happen, but that the overstimulation is ramping up again. Well... it has already been that way for a while. Being perpetually late on your bills is stressful and overstimulating.

"Stuff Should be Free!" is Bogus!

Bit of a side track here, for a moment: 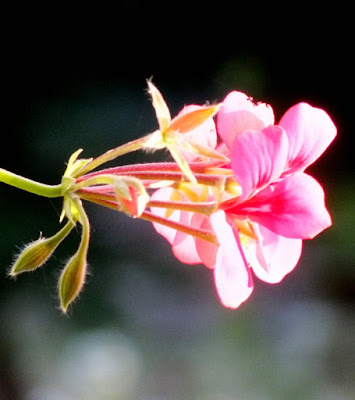 Much as I'd love for it to be real, we do not live in a "Star Trek Universe!"

Certainly, I'm not suggesting that we shouldn't do things for each other and help each other out; what I am talking about here applies on a larger scale. I am talking about things we continuously bring to the world that most people find to be "of value," and yet we are never compensated for them. Ultimately... there is no reciprocity!

I am also well aware that simply "Being A Good Person" is not a marketable commodity. Whereas people might appreciate our "goodness" we aren't going to get paid for it.

Not so long ago, I was having a conversation with a spiritual teacher who opined that you should never give away that which you have the most talent at.

I can assure you that most "starving artists" don't want to starve; they are starving because other people keep insisting that they should do their art "purely for the love of it," and give them lots of pats on their backs for their amazing creativity, yet the moment they put a price tag on that art those same people instead start judging and accuse the artists of "Selling Out."

I agree with my spiritual friend that such a line of reasoning is not only hypocrisy, but also garbage.

Anyway, now I am reinventing myself... again.

And so, I am also kicking life back into this HSP Notes blog, which — after all — remains the oldest chronicle of my journey through understanding this "sensitivity" thing in existence. I started this in 2002, five years after reading Elaine Aron's first book. Hundreds of blog posts over a 17-year period chronicle experiences, insights, lessons and the journey, itself.

I stopped, for a while, because I quite simply couldn't justify spending the time I spent here... without compensation. I had to spend that time doing something income producing. I also was working with a couple of other projects — and a different blog.

More about those, later.

As I go back to writing more frequent articles about life as it intersects with being a Highly Sensitive Person, I will also be changing how this blog works, a little.

For some time, I have had limited advertising as well as some Amazon product links here... but these have gradually become less and less capable of producing more than a few cents, so they are going to go away over the next few months. 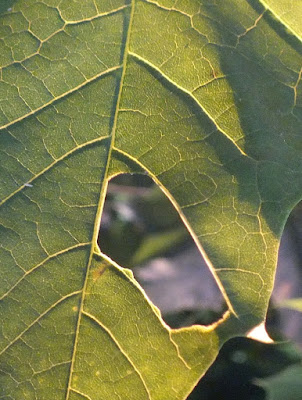 One of the things I have been increasingly involved with is the principle of "Voluntaryism."

To clarify, Voluntaryism is NOT the same thing as Volunteering. Voluntaryism is more economic in nature, and centers around the idea that things are basically free, but if a "recipient" believes that what they are getting "has value" — either to them, or to the greater community — there is a "payment system" in place that allows those recipients (or readers, or beneficiaries) to voluntarily compensate whoever created the thing of value.

Accordingly, I have decided that some of the more elaborate and research-based posts here will become available only through voluntary subscriptions to a Patreon account. This Patreon account will also serve as the "front end" for my efforts of putting together a book I announced long ago entitled "Please Don't Yell At Me! An HSP's Journey," which I have partly written, but never finished.

Those who are willing to "co-sponsor" my efforts (basically, allowing me to spend time writing, rather than being at work during those few hours a week, making a living), would be helping me not only make the book possible, but they would end up having "prepaid" for their own copy, when published. Hopefully, it will be a win-win situation.

And no worries, we are talking about a monthly commitment of probably less than you pay for a cup of coffee or tea at your local coffee shop! And, again, it will be voluntary... but hopefully it will make you feel like you are doing a "right thing" for the HSP community, as well!

I am simply trying to make some things — things that are important to me, and to quite a few other people — functionally possible, in the context of my life.

Stay tuned for more frequent updates, as the process unfolds! At this point, I'm looking to have the whole redesign and new direction operational by June 30th.

I want to hear from you! I grew up in the era of "social blogging," and I believe blogs should be interactive, like mini message boards. Thus, your comments, feedback, ideas and thoughts are always welcome here, and I will do my best to respond, as well!