Moment for reflection: No, I Didn’t Stop “Being an HSP!”

As I sit here reflecting on a rainy afternoon, I found myself pondering a question somebody asked me not too long ago: they quite sincerely commented on my Facebook page as to ”why I had stopped being an HSP.” 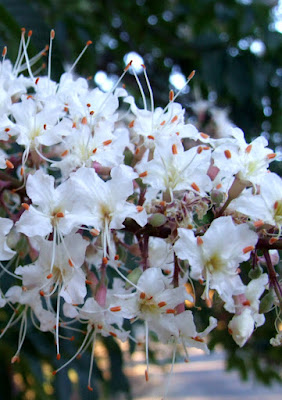 I felt a little taken aback by the question because you can't stop being an HSP, since we're dealing with an ingrown trait here... and the person wondering was an HSP, herself.

But I chose not to fall into "affronted and reactionary" mode and instead pondered the deeper meaning of the inquiry.

The point , of course, was that I didn't seem to be writing about HSPs anymore, and I wasn't active on HSP forums the way I had been in the past, and I had to confess that I had reached a point where the whole highly sensitive person community just didn't seem like it was very interesting to me anymore. I could even look at the posting archive of this HSP Notes blog and see a distinct dropoff in the frequency of my new contributions.

The person who had commented was not actually being critical, they were lamenting my absence.

It will soon be 25 years since I first came across the term “Highly Sensitive Person.” That could very well be one-third of my life!

I think it would be safe to say that we all go through an evolution of sorts from the first moment we learn that there is actually a name for this “thing” that we are to the present moment we find ourselves in.

Some years back I reached the point where I realized that the statement “I am an HSP” no longer was appropriate as the centerpiece of my self-definition. Yes, I am still in HSP, but I don't really have anything to prove and I don't really have a world I need to change anymore. That is, I'm not on some kind of active crusade to make everybody aware of the trait of high sensitivity.

There was a time when I was, and I even thought I would end up teaching and giving workshops about the HSP trait. But I realized that it was/is not really who I am!

In other words, I have moved on to the next phase of my life, one in which I am simply a PERSON living their life and “being an HSP” is simply one of many attributes that describe me. 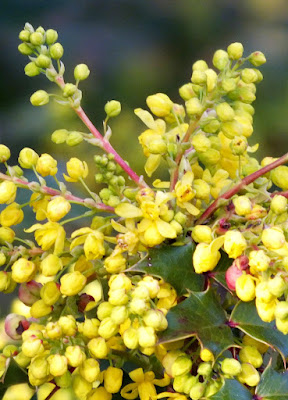 I suppose this is a change on some level, because there was a time when “teaching” was more important to me. I can't say exactly when it happened, but at some point I decided that I'm really not a teacher and that there are others out there who do a much better job of it than I do. That doesn't mean that I don't enjoy passing along information to somebody who's struggling to find their path through life, it just means I don't go actively seeking it anymore.

As such, the “HSP Notes” blog and website is perhaps becoming less about parts of the trait itself, and more about how a human being — who happens to be an HSP — is living their life.

Somebody else had asked me if I had “grown bored” with being part of the HSP community. The answer to that is also “no.” More than anything, it is as I determined before: that I don't really have a great interest in being a teacher, nor in being a "banner bearer" for the HSP movement.

And with that, we can perhaps find another puzzle piece in the evolution of an HSP: I have reached a place in my life where I openly embrace what I want to do, rather than feel pressured to do what others think I “should” do.

And I believe that's an important point to make here. I think it is true of many highly sensitive people that they tend to succumb to feelings of “obligation” rather more often than is healthy, and when that really isn't their highest and best path.

Anyway, I felt compelled to put out a few words while I'm sitting here in the middle of doing some minor redesign work on the HSP Notes website.

Part of what I will be doing, is adding more links to the other places where I write. That, in itself, is another of my puzzle pieces: I still love to write but my writing has changed from writing about being an HSP to writing whatever it is I want to write, albeit through the eyes of an HSP. Maybe those two sound very similar but they're actually a bit different.

How different? Well, that remains to be explored!

As always, thanks for stopping by!